...He Will Direct Your Paths

If you or a family member are concerned about travel to Israel, do

not fear. Israel is stable and safe. Our tour company alone, Imagine

has any feelings of insecurity, nor have they been in danger.

2019 was another record-breaking year for tourism there. Some 4.7

anyone who has gone with us.  In fact,  seven people on this this trip

have toured Israel with me before  -  some of them more than once!

Our people are so excited about going! My friend John Delancey was

just there! A while back he posted this below and it is still "spot on."   -  David

"Will I be safe if I travel to Israel?”  - Dr. John Delancey

It’s a fair question and people ask me this all the time when they inquire about my trips I lead. How we hear and see the “news” reported from the Middle East can certainly give the impression that any tourist or student of the Bible who travels to Israel takes his/her life into their own hands.           While I can understand the deep and honest concern for safety the news can generate in us,  nothing can be further from the truth. Indeed it is safe to travel to Israel. If it wasn’t, as a husband and father, I wouldn’t be planning on leading 10 trips over the next 16 months!

How it used “to work” during the years of the Intifada... was this: Palestinians (kids usually) would plan a stone-throwing event at a certain time, let’s say 3:00 p.m. Once planned with a specific target at a specific location, they would literally inform CNN of the event, and made sure they were there to broadcast it around the world. Day after day this took place. When CNN would record enough footage and pack up and leave at 3:15, guess what happened to the Palestinian stone-throwers? They dropped their rocks and left the premises themselves, for there was no longer “world coverage” to support their cause. While Israelis lost their lives as a result of store and bus bombings as a result of Palestinian terrorism during those dreadful years, much of the daily violence one would see recorded live was simply staged. With the building of their security fence, Israel now enjoys a daily, normal life of peace and safety from the terrorism events of past years.

Despite what is reported here in the States (usually sensationalized hype), for the tourist today, traveling in Israel is safe. A record number each day traverse Israel from the south to the north without incident. There are no longer any bus bombings and no stone throwing. Ultra Orthodox Jews walk daily through the Damascus Gate and on through the heart of the Muslim Quarter of the Old City without issues of safety. During any given week, our agency (Imagine Tours & Travel) has groups touring Israel, each of them returning home with glowing reports of a safe and fearless environment. Statistics tell the truth… it is safer to be in Israel than it is driving a car here in the States.

When we travel to Israel, we encounter kind and friendly Arab and Jewish Israelis alike. For example, our bus drivers are usually Arabs, while our guides are Jewish.  To see driver and guide get along well is indicative of normal life in Israel.  Personally, I have good Arab friends in Bethlehem who I enjoy visiting with every trip.

While the present political tensions between Israel and their neighbors to the south and north will no doubt continue to make the news, this is not deterring any of our plans in any way.

So for anyone considering traveling to Israel, may I kindly suggest to not let yourself be intimidated by the news coming from the Middle East.  Most importantly, God is in control, and His sovereign hand rests upon us whether we are here in the States or somewhere in Israel.

Entrusting every tour in God’s hands leads to a life-transforming experience for all!" 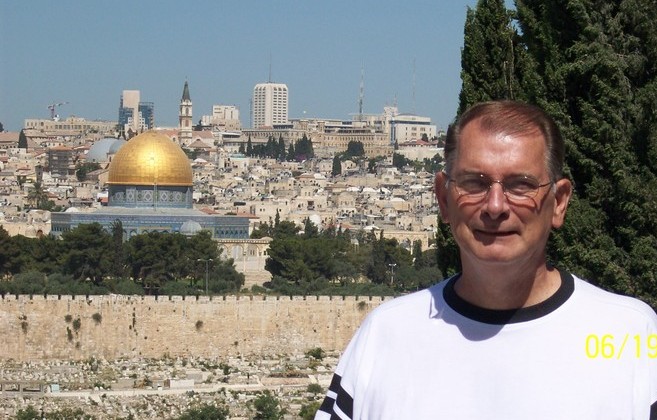